Boost your productivity with the best Windows launchers for 2021

Boost your productivity with the best Windows launchers for 2021

Using a launcher to quickly open programs and files is a great way to save time and boost your productivity. Every time you use one shaves off just a few seconds, but it adds up.

There’s no shortage of launchers for Windows, but looking through the blogosphere I noticed many old or even discontinued apps. It was about time for an update of what’s still useful in 2021.

This post presents the newest launchers as well as older ones. This way you can pick the right launcher for you and get started saving time rightaway.

Let’s get a quick overview and then jump right into the apps!

These 5launchers are the latest-and-greatest. I recommend trying them to boost your productivity.

These next apps are getting a bit old, but they still work and some of them are quite popular.

The final 14 apps are either very outdated or even discontinued, although they’re still mentioned around in the internet. I’d recommend passing on these apps in favor of more up-to-date apps.

The following four apps are new to the search-style launcher apps space. All of them are compatible with Windows 10 and 11, and they’re our go-to options in 2021.

Windows launcher apps were originally created to compensate for missing functionality in Windows OS. It would be unfair not to mention that Windows 11 has made a significant progress with its new Start Menu — even though not everyone is happy with it.

In Windows 11 you can press the Windows key to call up a search bar with launcher-like capabilities. It lets you search documents on your computer and Microsoft accounts, installed apps, and the web. 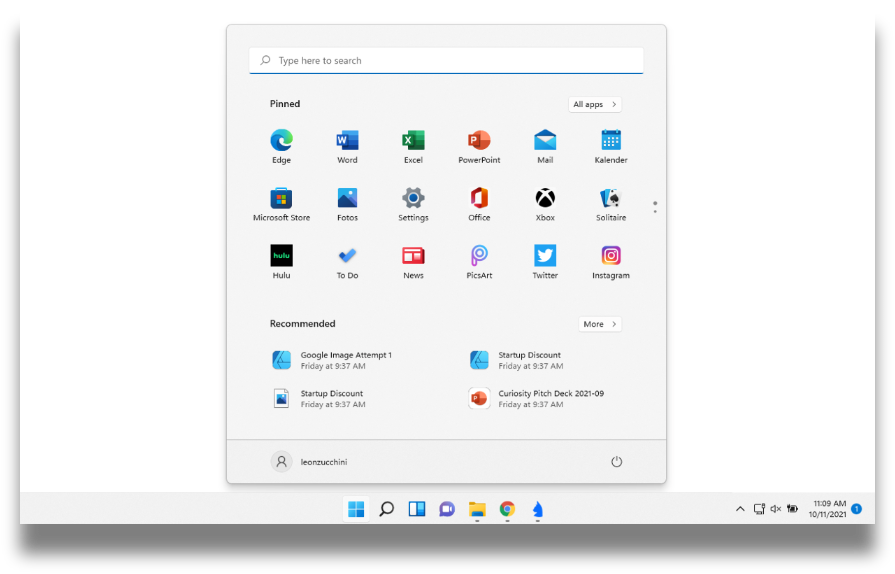 Curiosity is a productivity tool that doubles as a launcher, search tool, and more.

The main advantage of Curiosity is that it gives you one place to access everything on your computer as well as in your cloud apps (Gmail, Dropbox, etc.). It also helps automatically organize your emails, launch apps, do calculations, and more.

You can use the configurable Alt+Space shortcut (macOS: Option + Space) to open the app’s command bar, and then search from there or open the full app for more filters and options. Curiosity is available for individuals with a version for teams coming soon.

Disclaimer: We’re the makers of Curiosity

Command E is a search and launcher app. It uses a command-bar-style interface to let you interact with the information on your computer and in your cloud apps.

Command E is fast and well-designed, and it keeps your information on your computer. It can search file names, not their contents, which limits the quality of results (except for some apps like Gmail and Google Docs).

You can Command E search bar with the eponymous keystroke Command + E. 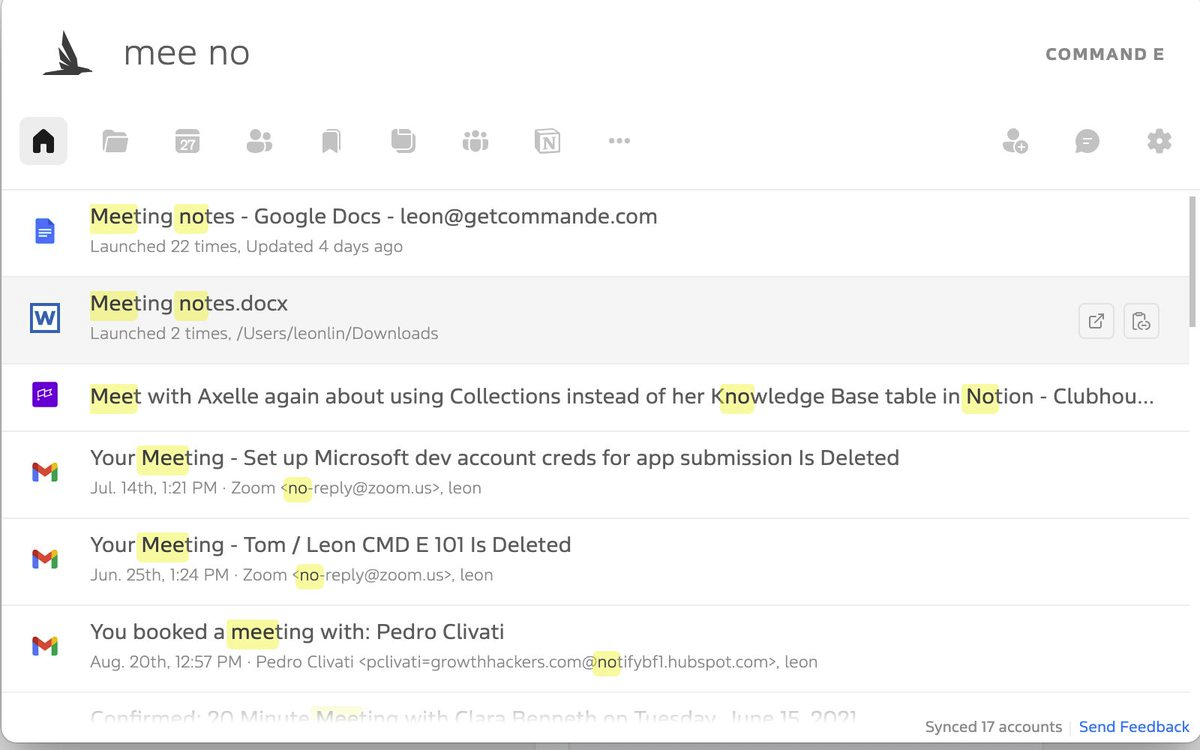 Slapdash aims to be an entry point into work whether it’s on your computer or in cloud apps. It doubles as a launcher and search system.

Slapdash’s biggest advantage is that it has lots of integrations for cloud apps. However, like you can only find files if you know what they’re called. In addition, Slapdash copies all of your data to their cloud (including your email and messages), which might be a concern for some users and companies. 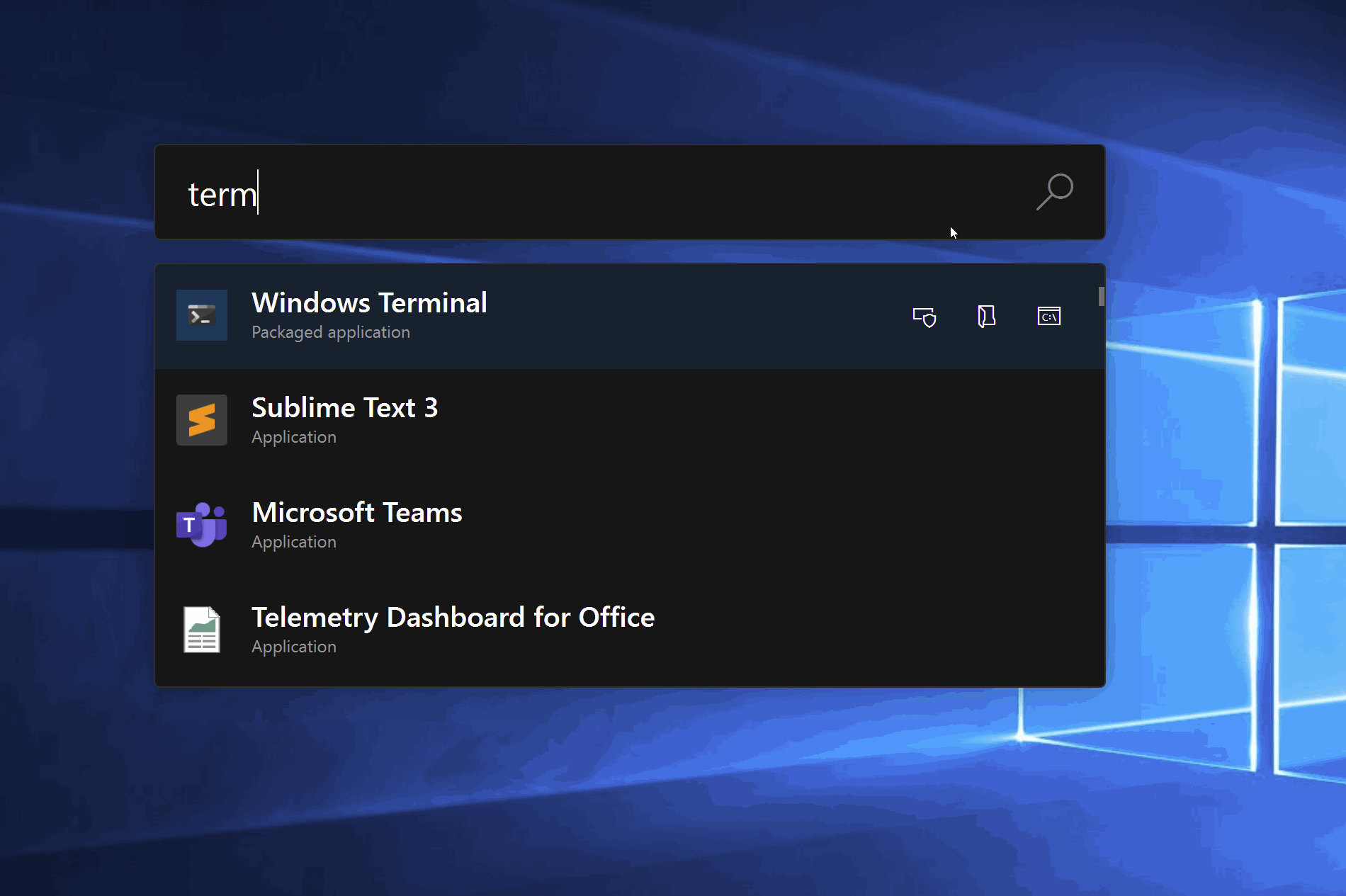 The next five apps are older, though they are still maintained.

The biggest difference to the newer apps is that they don’t handle cloud apps like Dropbox, Slack, or Gmail (some exceptions if you’re willing to dig into installing plug-ins).

It is not clear which of these will be compatible with Windows 11.

Everything is a well-known free search tool. It’s strengths are fast indexing and features like batch-renaming for file names. However, the user interface is a bit dated and the complex search syntax can take some getting used to. 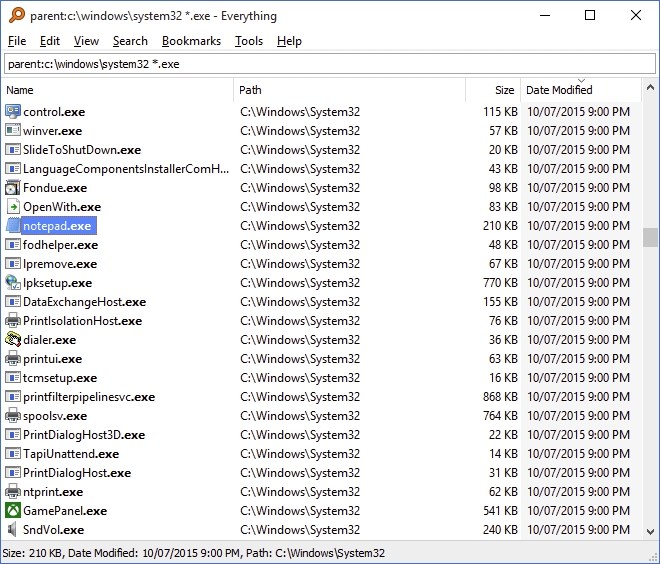 Executor is a lightweight launcher that focuses heavily on keyboard interactions. Its advantages are that it’s lightweight, fast, and free. Whether they outweigh the lack of cloud apps and a steep learning curve for complicated key combinations is a matter of taste. 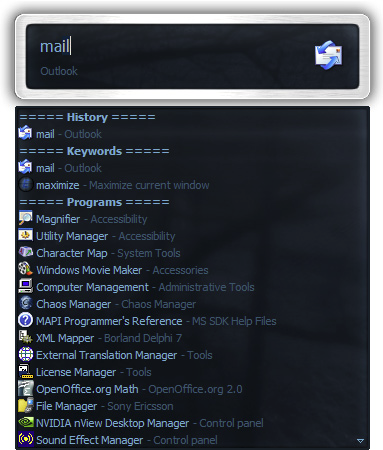 Keybreeze is a free, search-style free launcher. It’s open-source and includes additional functionality like sticky notes. On the flip-side, commands need to be set up manually and it doesn’t handle cloud apps. 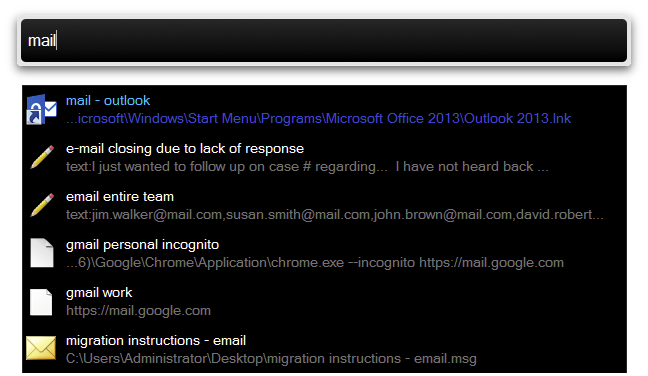 Listary is slightly different than the other apps in that it integrates with Windows Explorer. It offers fast search with customizable commands. However, those customizations require some up-front investment. In addition, it’s unclear whether it’s actively supported (V6 has been in beta since 2018). 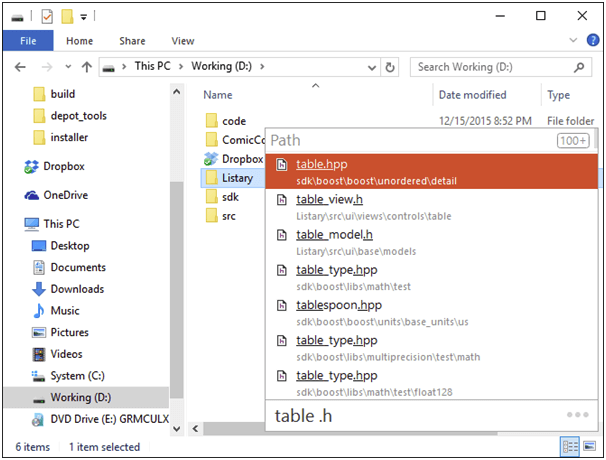 Keypiranha is another open-source, heavily keyboard-oriented launcher. It lets you launch files and apps, and it’s small and fast. However, it’s also limited to what’s on your computer (no cloud apps), and the keyboard shortcuts take some practice. 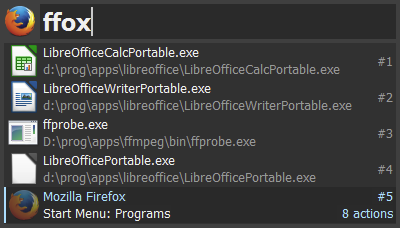 The final group of apps are ones that I kept running across in blog posts, but that appear to be very old or even discontinued. Obviously, people will have their own preferences, but personally I would not recommend spending time on these apps.

These five apps are mouse-based launchers. They offer a place to put program shortcuts that tries to replicate the Mac-Style Dock. They were mainly built for Windows Vista, and Microsoft’s updates to the task bar and search menus have made them largely redundant. 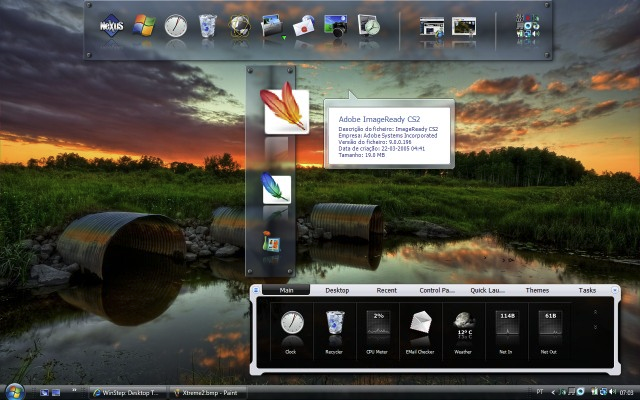 The next five apps are all free, open-source projects. Judging by the last updates, they are no longer actively maintained.

The final group contains five apps that were mentioned in blogs about launchers, but that as far as I can tell are either very outdated or discontinued.

I hope this overview of Windows launchers will help you pick the right one for you. I also hope it will save you time by pre-sorting the apps you’ll find on the internet.

Let me know if I missed any, or if you have additional thoughts!

Sign up for updates, productivity tips and new features, and offers.
Unsubscribe any time.